With the total COVID-19 cases touching the one lakh mark, the commercial sector in India has come to a grinding halt. Labour being a concurrent subject in the Constitution of India, have seen state governments striving hard to bring the industries back on track by amending and relaxing the respective labour legislations with an approach to attract investment and restart economic activity, post approval of the Centre.

The heads-up has been taken up by the states of Madhya Pradesh, Uttar Pradesh, Kerala, Punjab, Himachal Pradesh, Uttarakhand, Haryana and Gujarat which have eased their respective labour laws in furtherance to restarting their economic activities.

The Uttar Pradesh State Cabinet has approved for exemption of all companies from almost all labour laws for three years. There are certain conditions precedent to be fulfilled by the companies to avail such exemptions. Employers must pay minimum wages to their workers and should adhere to the timeline within which payment needs to be made as prescribed under Payment of Wages Act, 1936. It also recommends such payment be made in the account of the employee and not in cash. The Provisions relating to health and safety provided under Building and Other Construction Workers Act, 1996 and Factories Act, 1948 shall continue to comply. There has been an increase in the maximum weekly work hours from 48 hours to 72 hours and subsequently, maximum daily work hours have increased from 9 hours to 12 hours. Compensation will be paid to workers as per Employees Compensation Act, 1923 and in the event of an accident leading to death or disability of any worker. Laws relating to the employment of women and children shall continue to remain in force. There would be no form of bonded labour or debt bondage practiced by any company. However, the above ordinance is yet to receive President’s assent to come into force.

Following the footsteps of Uttar Pradesh, the State Government of Gujarat has followed a slightly different model of Labour legislation exemption in the state for an all around 3 year period under all categories. The Government has taken an emphatic approach towards opening new industrial units in the state by exempting the existing framework of Labour Legislations for a period of 1200 days for new companies as well as companies set up in the last one year. However, basic welfare legislations such as Minimum Wages Act, 1948(“Minimum Wages Act”), Industrial Safety Rules and Employee Compensation Act,1923 (“Safety Rules and Compensation Act”) need compliance. The Government has also adhered to a techno-friendly approach of online approval procedure for establishing new industries within a 15 day period.

The factories governed under the Factories Act, 1948 have been provided certain relaxation. Such factories shall be exempted from various provisions relating to weekly hours, daily hours, intervals for rest, etc. of adult workers under section 51, 54, 55 56 of Factories Act respectively subject to few conditions from April,20 to July 9, 2020. The factories can employ their workers for an extended 12 hour shift instead of 8, thereby Increasing the weekly limit to 72 hours. No worker shall work for more than six hours before he has had an interval of rest for at least half an hour and no female worker should work between 7 pm to 6 am in any factory. Workers should get wages in proportion to the existing wages.

States have started to kick-start the economy by dilution of labour legislations in the Country. The State of Himachal Pradesh has framed its rules on similar lines like that of Gujarat. The factories shall be exempted under section 51, 54, 55 56 of Factories Act subject to few conditions. The working hour limits for adult workers in factories have increased to 12 hours a day with a weekly increase of up to 72 hours. However, the workers would be entitled to overtime wages. Workers should get wages in proportion to the existing minimum wages fixed by Government of Himachal Pradesh under Minimum Wages Act, 1948. No worker shall work for more than six hours before he has had an interval for rest of at least half an hour and no female worker should work between 7 pm to 6 am in any factory.

The State Government of Kerala has announced not to compromise on the welfare of workers over economy. The State announced alternative methods to enhance its economy. The Industry License for new factories would be provided in a week’s time. The state has extended the payment of wages of Contractual, casual, daily wages and outsourced staff during the lockdown period till 17th May 2020.

The Madhya Pradesh state government has tweaked some labour legislations with certain restrictions with a combination of the rules as observed by the other states. Likewise, the state government has increased the maximum daily and weekly work hours for certain factories. The ordinance exempts establishments with less than 100 workers from adhering to the Madhya Pradesh Industrial Employment (Standing Orders) Act, 1961, which regulates the conditions of employment of workers. The interchange allows the state government to exempt any establishment or class of establishments from the Madhya Pradesh Shram Kalyan Nidhi Adhiniyam, 1982, which provides for the constitution of a welfare fund for labor by employers at the rate of three rupees every six months. Certain provisions of the Industrial Dispute Act are exempted for existing as well as new factories coming up in the next 1000 days in the state. For existing factories, all provisions of the Act are exempted except for the provisions related to lay-off and retrenchment of workers, and closure of establishments. New establishments, will not require to seek permission for lay-off, however, the process for retrenchment and retrenchment compensation to workers will be followed. Other provisions of the Industrial Dispute Act, 1947 which are related to industrial dispute resolution, strikes and lockouts, and trade unions, will not be applicable for the next 1000 days. For existing establishments, recognition of trade unions and employer bodies for collective bargaining is prohibite

The Government has notified 11 sectors which are freed from the Madhya Pradesh Industrial Relations (MPIR) Act of 1961 for an indefinite period of time. The Government has relaxed the appointment of contractors by exempting the small contractors limited to 20 employees from the purview of Contracts Labour (Regulation and Abolition) Madhya Pradesh rules, 1973. Adding further, the license granted will be valid for the period of contract for which the application is made, i.e. more than a year instead of only one year.

The State of Punjab was the first state to take to a contrary order by announcing a hike in minimum wages to each worker. However, the state has to nullify the order over demands from companies in order to overcome the crisis. The State has declared that all the factories registered under Factories Act, shall be exempted. Working hours of workers have been increased to twelve hours per day. The spread over hours shall not exceed thirteen hours in one day instead of a maximum of ten and a half hours. Payment of overtime wages shall be paid under Section 59 of the Factories Act. Punjab has also extended the validity period of approvals to boiler units till June 30.

The Government of Uttarakhand like the neighbouring states have laxed certain labour legislations. All factories in the state are exempted from Factories Act. The factories shall be exempted under section 51, 54, 55 56 of Factories Act with effect from April 21, 2020 to July 20, 2020. The establishments allowed to function during the lockdown will have to rigidly follow social distancing, sanitization and other safety provisions and should function in two shifts of 11 hours each with one hour break between the shifts. Overtime of 3 hours shall be allowed and payment for overtime shall be made as per existing rules. Workers shall work for a maximum of 6 days a week and maximum overtime of 24 hours per week. Apart from the above, the addendum has included that production units in non-continuous process industries shall function in two shifts of 12 hours each with an overtime of 4 hours.

The loss of economic activity has resulted in a loss of income to many establishments and individuals. Haryana has used a provision that allows relaxation of work hours “to deal with an exceptional press of work”. The government of Haryana exempted all factories under section 51, 54, 55 56 of Factories Act., They have increased daily working hours to 12 hours per day till June 30’ 2020 subject to the conditions stipulated under Section 65(3) the Factories Act, 1948. Payment of overtime wages shall be paid under Section 59 of the Factories Act. The state has issued instruction for strict adherence to the notification issued by central and state regarding COVID-19 including social distancing, sanitization etc. in establishments during working hours.

The State of Rajasthan has also provided a blanket exemption in many labour legislations. The state has exempted the provisions of working hours of adult workers under the Factories Act for three months. Working hours has been increased from 8 to 12 hours. 4 hours of overtime shall be allowed and payment for overtime shall be made as per rules. Workers shall work for a maximum of 6 days a week and the limit of overtime will be 24 hours per week. Movement of people from work to home and back during the day shall be restricted to half and it will be allowed once during the day and once during the night.

This moderation in the archaic labour legislations have cheered companies to get back to work, however, the trade unions are up in arms. They have criticized these move by the governments stating the same to be violative of the International Labour regimes and global standards. Apart from these states, many other states are in the process of rejigging of the labour laws for balancing the rights of labourers as well as incentivizing industries to operate. Such an initiative will ensure combating the shortage of migrant labor caused due to the lockdown. The longer shifts would also guarantee a fewer number of workers in factories so as to allow for social distancing. These relaxations on the labour laws may make it easier for the businesses to operate smoothly and overcome the economic crisis which they are facing., However, this will make the conditions of the labour force worse as they will be left with no remedy and their life and safety will be at risk. The mechanism should work properly in order to relieve the distress and miseries of both employers and employees during these crisis times. 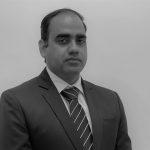 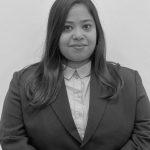 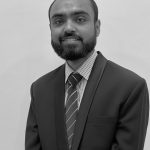