Comprising half the population, women make up a crucial chunk of the workforce. Employment demands the need to balance work and child-bearing and child-rearing responsibilities. The Constitutional framework endeavours to provide equality to women in all walks of life. In furtherance of this pursuit, the Maternity Benefit Act, going along the lines of the International Labor Organisation, aims to grant maternity protection to women. The Maternity Benefit Act of 1961 and the very recent amendment of 2017 ensure active participation in economic activities post maternity. The gradual change that society has undergone demands that women have not become vulnerable during the fragile phase of pregnancy. Hence, the Maternity Benefit Act ensures that a woman has equal protection to employment during pregnancy so that it does not impact women, their productivity or economic growth.

Scope and need for the legislation: National and International perspective

The fundamental aim of the Act is to remove the impediments that women encounter when they entail on the journey of motherhood. The Act has the primary aim of enabling women to combine work and not compromise on their choice of having a child. Tracing history, Germany led the race by having maternity allowance by the end of the 19th century. International Labor Organization followed the concept and came up with the Maternity Protection Convention. In the Indian scenario, the need to have a maternity benefit legislation was recognized by N.M Joshi as back as 1929, when he introduced the Maternity Benefit Bill (No. 31 of 1924) in the Central Legislature. Before this, Women’s Association India had already led a quest demanding maternity rights in the Jamshedpur steel industry in 1920. Post that, the Central Government showed efforts by introducing the Mines Maternity Benefit Act 1941, Employees’ State Insurance Act 1948, and Plantations Labour Act 1951, which finally paved way for the Maternity Benefit Act of 1961, which was enacted by the Parliament with the sole object to regulate the employment of women for a certain period before and after child-birth. The reasons that compelled the codification could be seen in the discrepancies with respect to the different periods of maternity leave as well as the qualifying period of service of eligibility for maternity benefit. Thereby, fulfilling a broader object of protecting dignity attached with motherhood by providing full and healthy maintenance of woman and her child during the period when she is not working.

In the International Arena

The United Kingdom grants 52 weeks of maternity leave with 6 weeks paid at 90% of the average weekly earnings.

In the case of Australia, 52 weeks of paid maternity leave is provided.

In South Africa, the condition is comparably unsatisfactory with 17 weeks paid with 60 per cent of the wages which is shared by the employer, employee and the government.

In Singapore, the conditions are impressive with 16 weeks of full payment that is shared by the employer and the government via public funds.

The 2017 Amendment was brought in after the 259th Law Commission Report which states as follows:

“The Maternity Benefit Act be amended in accordance with the forward-looking provisions in the CCS Rules, whereby maternity benefits should be increased from twelve weeks to 180 days. The provision of maternity benefits should be made obligatory on the State and not left to the will of the employers and should cover all women, including women working in the unorganized sector. It is suggested that the government formulates policy or guidelines laying down minimum specifications of paid maternity leave to women employed in the private sector.”

The Amendment Bill was introduced in the Rajya Sabha by the Minister for Labour and Employment, Mr Bandaru Dattatreya. The Bill was introduced after the 44th Session of the Indian Labour Conference (ILC) recommended enhancement of maternity leave period, which was reiterated in the 45th and 46th Session. This was coupled with the suggestions of the Ministry of Women and Child Development that aimed at improving the ambit of maternity benefits for women. As per World Health Organization Recommendations, there was a need to increase the duration of Maternity Leave to protect the mother’s and child’s health, especially since a child needs to be breastfed for the first 24 months to improve the survival rate.

Analysis of important provisions of the legislation

The Act states that every woman shall be entitled to a maternity benefit of 12 weeks. The Act endeavours to increase the same to 26 weeks. Furthermore, as per the prior provisions, a woman could not avail of the said benefit before 6 weeks from the date of expected delivery. The Amendment changes this to a period of 8 weeks. In the case of a woman having two or more children, the maternity benefit will continue to be 12 weeks, which cannot be availed before six weeks from the date of the expected delivery.

The Amendment furthermore grants 12 weeks of maternity leave to, a woman who legally adopts a child below three months of age; and a commissioning mother who has been defined as a biological mother who uses her egg to create an embryo implanted in another woman. The 12 weeks of maternity benefit will be calculated from the date the child is handed over to the adoptive or commissioning mother.

The Amendment brings in a novel provision that permits women to work from home, depending upon the nature of the work that is to be carried out by them. By a mutual agreement, the work can be decided upon by the employer and the employee. This option does not get exhausted after delivery but can continue even post-delivery for a period mutually decided by the employer and the woman.

The Amendment brings in a fresh provision of having creche facilities within a stipulated distance. The mother shall be allowed 4 visits to the creche in a day, including her time for rest.

The provision calls for spreading awareness amongst women employees at the time of their employment vis-à-vis maternity benefits available to them.

After a miscarriage or medical termination of pregnancy, a woman shall be given a 6 weeks maternity benefit on the production of medical documents.

After providing necessary medical documents, a woman shall get 2 weeks of maternity benefit immediately after the operation.

(viii) Prohibition of dismissal during absence or pregnancy [S.12]

It is unlawful to dismiss or discharge a woman employee who is absent from work in accordance with provisions of this Act. If the employer has dismissed or discharged the employee, he will have to pay her maternity benefit or bonus as specified in the Act. If this is not complied with, then the aggrieved woman can appeal to the authorities.

For administration and enforcement of the Act, the government has appointed Inspectors. According to S.16, these Inspectors shall be Public Servants as defined in S.21 of the Indian Penal Code.

(x) Power of Inspector to direct payments to be made [S.17]

(xi) Penalty for contravention of Act by employer [S.21]

If the employer fails to pay the amount, then he shall be punished in accordance with provisions of the Act. There shall be imprisonment for not less than 3 months and extendable up to 1 year, with a fine, not less than Rs.2000 which may extend up to Rs.5000. The aforementioned provisions are an exhibit of a progressive approach of the legislature regarding women’s rights and the need to provide women ample opportunity and space for growth which they otherwise were deprived of before this particular amendment. The legislature has adhered to the ethos of a welfare state by churning out this amendment.

Views of the National Commission on labour I & II

(i) Commission on labour 1

The first Labour Commission of 1969 apart from doing the spadework of laying down the basic labour safety and security code, elaborated on the need to have welfare for the working class. The provision for having creche was spoken of. The fact that there was an embargo of having a minimum of 50 women workers to have a creche facility was to be brought down effectively. Employers are to provide incentives to promote family planning and engage with the government to effectively render services for the well-being of their employees. Apart from this, vis-à-vis maternity benefits, a scheme of the central fund was to be adopted to materialize the goals of the Maternity Benefit Act, 1961.

The Second Labour Commission, constituted in the year 2002, apart from calling for a broad classification of labour laws, emphasised the need for greater social security for the workers, including those in the unorganised sector. It moreover delineated from the sexist notion of ‘workman’ and changed it to ‘worker’ acknowledging the female workforce and the need to confer rights upon them. It also focused on prohibiting unfair dismissal on arbitrary grounds. Recognising the need for the safety of women and their children, the provision for having a creche was outlined in the report.

The Amendment of 2017 has brought about any necessary changes to acclimatize to the changing global conditions about this particular issue. Even though this amendment has gone a long way in bringing about positive changes in its sphere, certain lapses can still be seen in Indian jurisprudence. The pressing issues that need to be addressed through this legislation are suggested as follows:

Dividing the payment of maternity benefits

The amendment of the Maternity Benefits Act has very beneficial provisions for working women. But, the drafters of the amendment failed to consider the shortcomings of the Act. These inadequacies have been discussed in the suggestions. The amendment has brought the Indian legislation at par with the International legislations and taken the recommendations given by the 259th Law Commission report and the 2nd Commission on Labour, but they should study the provisions in various countries as well. Like in Singapore, the state shares the burden with the employer for paying maternity benefits. As the full burden is now on the employer, they might be hesitant to hire more women employees. The Amendment is also not fully future-ready. This is because, although on one hand, it added provisions to enable employees to work from home, it did not consider the factor of paternity benefits. 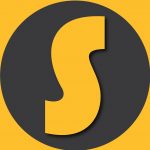