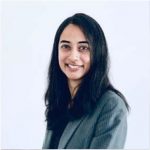 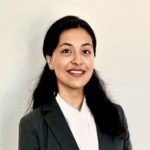 Since the outbreak of the COVID19 pandemic, businesses across the world have shifted to models of remote work. In India, even with Phase V of the (un-)lockdown and its consequent relaxations in the offing, many companies view working-from-home as a medium to long term situation. While companies grapple with new systems of communication and workflow management during this shift, they must be cognizant of the fact that workplace harassment can also carry over to the virtual realm.

In 2013, the Sexual Harassment of Women at the Workplace (Prevention, Prohibition and Redressal) Act (“Act”) was passed to ensure that women had the right to be free from sexual harassment at their workplace, and that employers instituted adequate redressal mechanisms against such harassment. In this article, we highlight how the Act continues to apply to remote work, and how employers continue to be responsible to ensure a safe working environment for their employees.

Sexual Harassment under the Act:

Any one or more of the following unwelcome acts or behavior (whether directly or by implication) namely:—

Thus, we see that the intent of the Act is to provide working spaces that are safe from acts that are sexual and unwelcome. It is crucial to note that, with the exception of sub-clause (i) above, the definition does not limit harassment to acts which take place in physical proximity or in a company’s physical place of business. Demands for sexual favours, passing of sexual remarks, the showing of pornography and other unwelcome verbal or non-verbal sexual conduct can equally take place in a physically distanced working environment as well.

The Act does not exhaustively list situations and circumstances which would constitute sexual harassment. While the Act may not have contemplated a world where workplaces are remote, with the inclusion of the word ‘unwelcome’ in the definition of sexual harassment, the Act has already defined “sexual harassment” broadly as it focuses on the impact of an act on an aggrieved woman, rather than the intent of the aggressor. Hence, unwelcome acts can happen through any medium, online or offline.

There are many ways in which a woman may face sexual harassment even in the course of working virtually. A few examples include:

The above acts are as detrimental to an aggrieved woman’s safety in the workplace, and to overall productivity, as any physical act of sexual harassment. Thus, to ensure the well-being of its employees even as they work from home, employers must ensure that they update their processes for continued compliance with the Act in letter and spirit.

What can Employers do to provide a safe and harassment free workplace now?

The Act stipulates certain responsibilities to be undertaken by any employer who employs more than 10 persons. Please refer to the below table as a checklist against your POSH compliance in an era of remote work.

As a matter of good practice, employers can consider:

Just as physical instances of sexual harassment also amount to offences under the Indian Penal Code, 1860 (“IPC”), online sexual harassment can also constitute a criminal offence under the Information Technology Act, 2000, and the IPC. For instance, publishing or transmitting any obscene material in electronic form is an offence punishable by fine or jail time under Section 67 of the Information Technology Act. Further, the following acts, whether they take place offline or online, are offences under the IPC:

It is thus crucial for employers to notify their employees of the consequences of engaging in such acts. In light of the restrictions associated with the ongoing lockdowns, it may be challenging for aggrieved women to file FIRs at police stations and initiate criminal proceedings. In this context, the role of the employer in providing redressal becomes all the more important.

While the Act itself prescribes a monetary penalty of INR 50,000 for non-compliance with its provisions, courts in India have been proactive in awarding exemplary damages to aggrieved women whose employers have not adequately met its obligations under the Act. The Madras High Court awarded INR 1.68 crores as compensation to a woman whose former employer had not constituted an IC. Beyond the avoidance of monetary penalties, there is sustained value for employers in ensuring a safe workplace for their employees and upholding a culture of gender equality, and an immeasurable loss of reputation.

Disclaimer: This post has been prepared for informational purposes only. The information/or observations contained in this post does not constitute legal advice and should not be acted upon in any specific situation without seeking proper legal advice from a practicing attorney.

2 thoughts on “Safe and Harassment Free Environment: Is it still relevant when employees work from home?”