The amalgamation and codification of 29 labour statutes into 4 codes – Code on Wages, 2019, Industrial Relations Code, 2020, Code on Social Security, 2020, and Occupational Safety, Health and Working Conditions Code, 2020 (‘Labour Codes’) – streamlines and simplifies complex labour law-related procedures. The aim of such amalgamation is to reduce the burden of compliance and promote the ease of doing business. One salient feature of the Labour Codes is the decriminalization of offences.

The rationale behind decriminalization is that imprisonment is too severe a consequence for economic offences that do not involve mala fide. Legal process around an offence involving imprisonment greatly increases the anxiety among employers and reduced possibility of such processes leads to improved ease of doing business. Criminal penalties, especially the risk of imprisonment for minor, often unintentional offences, is a major reason for low business investment. Thus, decriminalization of certain, unintentional corporate crimes is desirable as far as possible because they hinder both domestic and international investors.

The Ministry of Labour and Employment intended to introduce provisions with greater fines under the labour codes to create strong deterrence while reducing the possibility of imprisonment. The idea is that strong deterrent provisions with heavy fines would force employers to have watertight internal organizational and operational mechanisms to ensure that there are no lapses in compliance. Decriminalization, coupled with the ease of maintaining registers and furnishing records under the new Labour Codes, ensures that the compliance process is smoothened and the likelihood of committing non-serious, non-willful offences due to weak internal systems is reduced. These legislative decriminalization measures will remove penal provisions that act as obstacles and build trust in doing business.

Mens rea/Intention as a Relevant Factor in Offences

However, for intentional violations by the employer, the Codes impose strict penalties. For example, Section 133(a) read with Section 133(i) of the Code on Social Security prescribes imprisonment of up to 3 years and not less than 1 year if contributions, such as insurance and provident fund contributions, have been deducted by the employer but not paid. This is because there is an intentional and willful default by the employer in this scenario and it, therefore, must be dealt with strictly under the law. The Codes do not allow for grave and intentional contraventions by employers to go unpunished.

If the employer fails to pay contribution but does not deduct it from the employee, then the prescribed punishment is lesser, since the gravity of the crime is reduced. The employer may then be sentenced to six months in prison with two months’ imprisonment being mandatory.

The proviso to Section 131(i) makes room for the judge to accord a lesser term. The judge has the discretion to impose a lesser sentence after recording adequate and special reasons”. While there is no clarity on what reasons may qualify as “adequate and special”, the provision gives the court a certain amount of leeway and flexibility to impose lesser punishment in non-serious cases.

Similarly, Section 104 of the Occupational Safety, Health and Working Conditions Code makes an employer liable if they act in contravention of any special or general order issued under Section 38 of the Code, which relates to safety and dangerous/hazardous conditions in mines, factories and docks. A heavy fine of a minimum of INR 2 lakh, which may be extended to INR 5 lakh, is provided. However, the court has been permitted the discretion to impose a fine lesser than 2 lakh rupees after recording reasons. A plausible reason for imposing a lesser fine could be cases of non-willful and non-intentional default or negligent contravention.

Opportunity to Comply before Prosecution

An interesting addition, which will further reduce unnecessary prosecution under the Labour Codes, has been under Section 54(2) of the Code on Wages, Section 110 of the Occupational Safety Code, and Section 137 of the Code on Social Security. These provisions require an opportunity to be given to the employer for complying with the relevant provisions before initiating prosecution proceedings against them.

If the employer complies with such provisions within the specified duration, then no criminal proceedings will be initiated against them. This provision is in line with the rationale of decriminalization and seeks to ensure that employers have sufficient opportunity to comply with the labour codes before any criminal proceedings are instituted. It will act as a safety net for employers, giving them sufficient opportunity to comply. It will also increase confidence among businesses, especially when they face prosecution for unintentional non-compliance and omissions under the Code.

There was widespread criticism that the Labour Codes do not adequately allow for prosecution of employers and are too lenient. However, that is not entirely true.

Additionally, a duration for compliance will be prescribed by the competent authority under the Code and the employer is required to comply within the specified time period. Even the opportunity to comply has been limited and is not accorded if the employer commits repeated violations. Thus, prosecutions have not been removed under the Codes. This provision merely ensures that an unintentionally errant employer or a one-time offence committed by an employer does not lead to unnecessary and undue harsh consequences on them.

Thus, we see that provisions relating to penalties and offences under the Labour Codes have been structured to ensure that ease of business is promoted through the decriminalization of corporation crimes and economic offences.

In the next post, we will discuss a few more features of the Labour Codes, such as the compounding of offences and limitation on cognizance related to offences. Stay tuned! 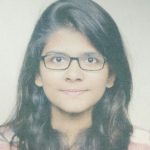