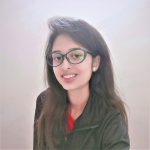 Production of goods and provision of services constitute the cornerstone of any economy, and its labour is the driving force behind the provision of such goods and services. Therefore, it is crucial for an employer to ensure that labour is being compensated adequately for services rendered, in order to maintain a cordial relationship at the workplace and ensure employee satisfaction. The compensation does not only involve remuneration in the form of wages but also involves providing for: a) social security, b) health, safety and welfare of the workers; c) optimal conditions of work; and d) maintenance of an employer-employee relationship.

These series of blog posts by Simpliance are an initiative to guide both the employers and employees with respect to the best practices of labour law compliance, in order to incentivize workers and maintain a steady stream of productivity in the enterprise.

What Is “Minimum Wage”?

Minimum Wages as envisioned by the International Labour Organization (ILO), refers to the

“Minimum amount of remuneration that an employer is required to pay to wage earners for the work performed during a given period, which cannot be reduced by collective agreement or an individual contract.”

Its purpose is to protect workers against exploitation due to disproportionality of the payment to the amount and character of the work done. Minimum wages are a key element of any government’s wage policy and generally operate to find a balance between socio-economic objectives and industrial growth. In addition to the prevention of exploitation, a minimum wage policy should also aim to regularize employment and shift unorganized classes of the workforce into more formal modes of employment.

The Constitution of India, 1947 proclaims India to be a “Welfare State” and the Directive Principles of State Policy embody this principle. It is the duty of the State to facilitate social and economic justice by providing corresponding rights, such as Article 23 which provides for the Right Against Exploitation, Article 39, and 43, which are related to equal pay for equal work, ensuring adequate livelihood and providing a reasonable living wage.

Currently, minimum wages are governed by the Minimum Wages Act, 1948 and the conceptualization of minimum wages under the existing Act is inclusive of the elements of the minimum wage, as described by the ILO. It was devised to serve socio-economic purposes, such as elimination of poverty and reduction of inequality between classes and genders. It uses cost of living index number defined under Section-2(d) as a factor in determining minimum wages. The same is to be declared by the competent authority and is generally provided in case of each scheduled employment.

Who Is Eligible to Receive the Minimum Wage?

Currently the Minimum Wages Act, 1948 lists the types of employment to which minimum wages are applicable in the schedule under the Act.  The Act applies to the organised sector as well as certain workers in the unorganised sector such as agricultural workers. But the new code has expanded the scope of the application of the Act by altering the definitions of “Employer” and “Employee”. Under the erstwhile Act have been expanded in the code, to increase the scope of their applicability to not just organized, but also to the unorganized sector.

Unless a specific class of workers is exempted from the definition of “employee”, for instance, persons employed in the Union Armed Forces or under Apprentices Act, 1961, all other persons employed in any kind of establishment shall be considered to be under the purview of the Code. This marks a departure from the earlier practice of the applicability of the Minimum Wages Act’s provisions to workers who, either drew wages below a particular ceiling or were employed in “Scheduled Employments”.

What Does the Minimum Wage Consist Of?

According to the ILO, the minimum wage rate must be specific about the components which fall under its purview, the extent and conditions under which payment-in-kind can be allowed, and whether the rate calculated is time-based- monthly, daily or hourly- based.

The recently passed Code on Wages has subsumed the Minimum Wages Act, 1948 and has provided for a unified, comprehensive definition of ‘wages’, which consists of 3 parts: inclusions, specific exclusions and conditions which limit the quantum of exclusions. Minimum wage rate under the Code consists of a basic rate of wages and a cost of living allowance or a basic rate or wages with/without the cost of living allowance and the cash value of concessions in respect of supplies of essential commodities or, an all-inclusive rate consisting of the basic rate, the cost of living allowance and the cash value of the concessions. It must be noted, however, that the Code On Wages has not been brought into effect by way of notification and therefore the Minimum Wages Act, 1948 continues to operate.

“Minimum National Floor Rate” for Wages shall be decided by the Central Government, which would differ across geographical regions and across the industry and skill-set of the workers. It would be computed while considering the living standards of the workers as the principal factor. In case the prevailing wage rate of a region is higher than the national floor, then the higher rates shall prevail.

The Code proposes to increase the overtime rate and fixes it at twice the prevailing wage rate, which is higher than what international organisations have recommended, i.e. 1.25x times the regular wage. The wage rate is to be reviewed periodically after every 5 years.

In order to ensure that the employer pays such remuneration to the employee, of which wage must consist of at least 50 per cent of the total remuneration, the specific exclusions are to form less than fifty per cent of the wages. Any specific exclusions exceeding the limit shall be considered a part of the “Wage”. Employees are also required to file an annual return with particulars pertaining to the deductions for the preceding calendar year.

The new Code does away with the criminal liability of the employer on the non-payment of wages and places a civil liability on them.

To keep a check-and-balance system and improve the knowledge of the employers, the Code introduces the concept of a ‘facilitator’ who will carry out inspections and also provide employers and workers with information on how to improve their compliance with the law.  Inspections will be carried out on the basis of a web-based inspection schedule that will be decided by the Central or State government.

Where Are Minimum Wages Released?

Central Notifications can generally be found either on the Official Website of the Ministry of Labour and Employment or in the Official Gazette. Whereas State Notifications are found in their respective Official Gazette and the website of their labour department. The scheme of minimum wages differs from state to state due to differences in the nature of the workforce as well as the list of scheduled employments.

On Simpliance, you can find the updated minimum wages for all States and Union Territories in India, they are updated in real-time and the latest notifications can be found in our labour law e-library.

If you have any comments, thoughts, or queries relating to minimum wages in India, feel free to drop them in the comments below.